This week we want to start our devblog with a great thanks to all players who joined the big AMA discussion last Friday. It was hot, interesting, inspiring and very productive for the team. We’ve gathered a lot of useful feedback and case studies during that discussion. We took seriously numerous your requests to make progression easier, so now we consider several options of solving this problem. Also, we can reveal that we are planning to make a series of updates based on players’ suggestions from the AMA. And the first “post-AMA” update will be released next week. You may expect rework of Working Outfits, increasing progression of t3 and t4 armor and quite interesting feature (let it be our little surprise >:) that will make exploring of Godenland forests much more interesting.

And if you missed the AMA but want to hear the news and participate in the buzz - check the link for the recording of the Official broadcast!

This week we’ve also made a bunch of important techworks on the Newbie Island as part of our preparations for upcoming F2P mode, that was announced during the AMA. So, prepare yourself! - gather up your friends, colleagues and even granny and prepare for a big feudal adventure! Stay tuned, we will announce all the details about the F2P mode in the near future. 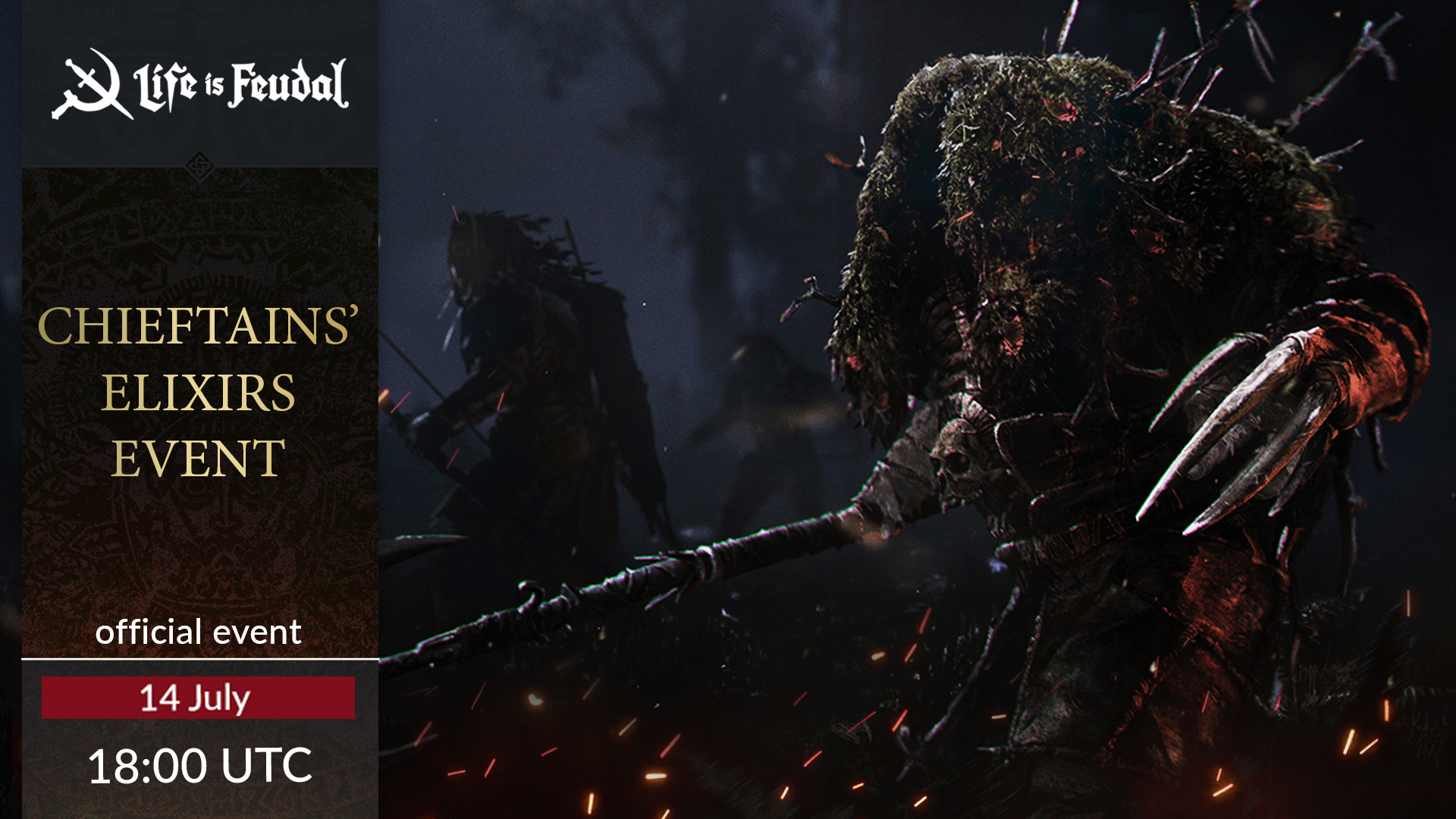 That’s not all!
This week we prepared something very special for Godenland settlers brave enough to carry out one risky assignment from the Crown and take part in «Secret of Chieftains’ Elixirs» event! Our skillful scouts who have spent countless sleepless nights in the dark wilderness near the camps of mysterious natives, recently provided the Crown with very interesting information. It seems that Chieftains of these vile pagans are quite practiced in herbalism and enchantment, and hold secrets of some very valuable herbal elixirs. Court alchemists can’t wait to investigate those obscure potions.

That is why Crown announced a reward for those who will bring the recipe and ingredients for this elixirs. Brave warrior or a group of glorious adventure seekers will receive a total reward of: x5 Death Insurances (20), x5 Inspiration Boosters and 5,000 God’s Coins for if they bring mysterious recipe and its ingredients to High Overseer Arrakis (Arrakis#4855), vicar of the Crown on Godenland. And do not try to deceive the vicar by buying a scroll and herbs from the first hoe who met you on the path!
To prove that the recipe and its ingredients were taken from a chest of Knool Chieftain and to receive your reward you should: 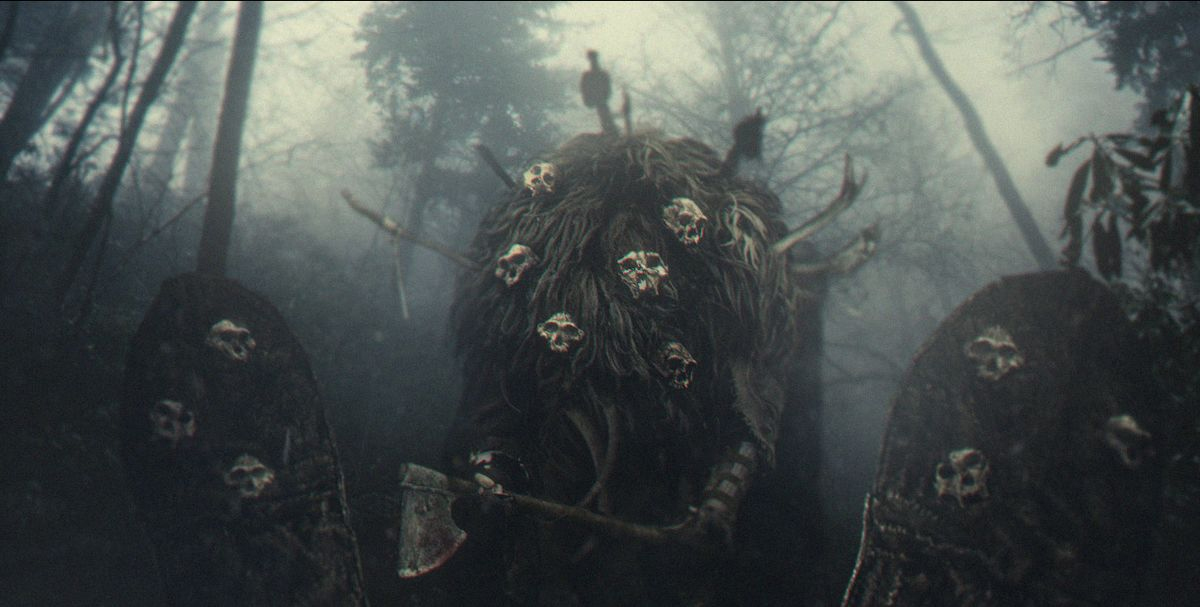 For all those who dare to embark on this perilous journey - we will publish a map, where according to the information from Crown’s scouts, dwell the Chieftains who keep the mystery of elixirs. According to rumors Chieftain's will start gathering herbs for their elixirs on 14/07/2019 at 18:00 UTC.
Good luck in your search, brave men!

And now it’s time for a community spot! 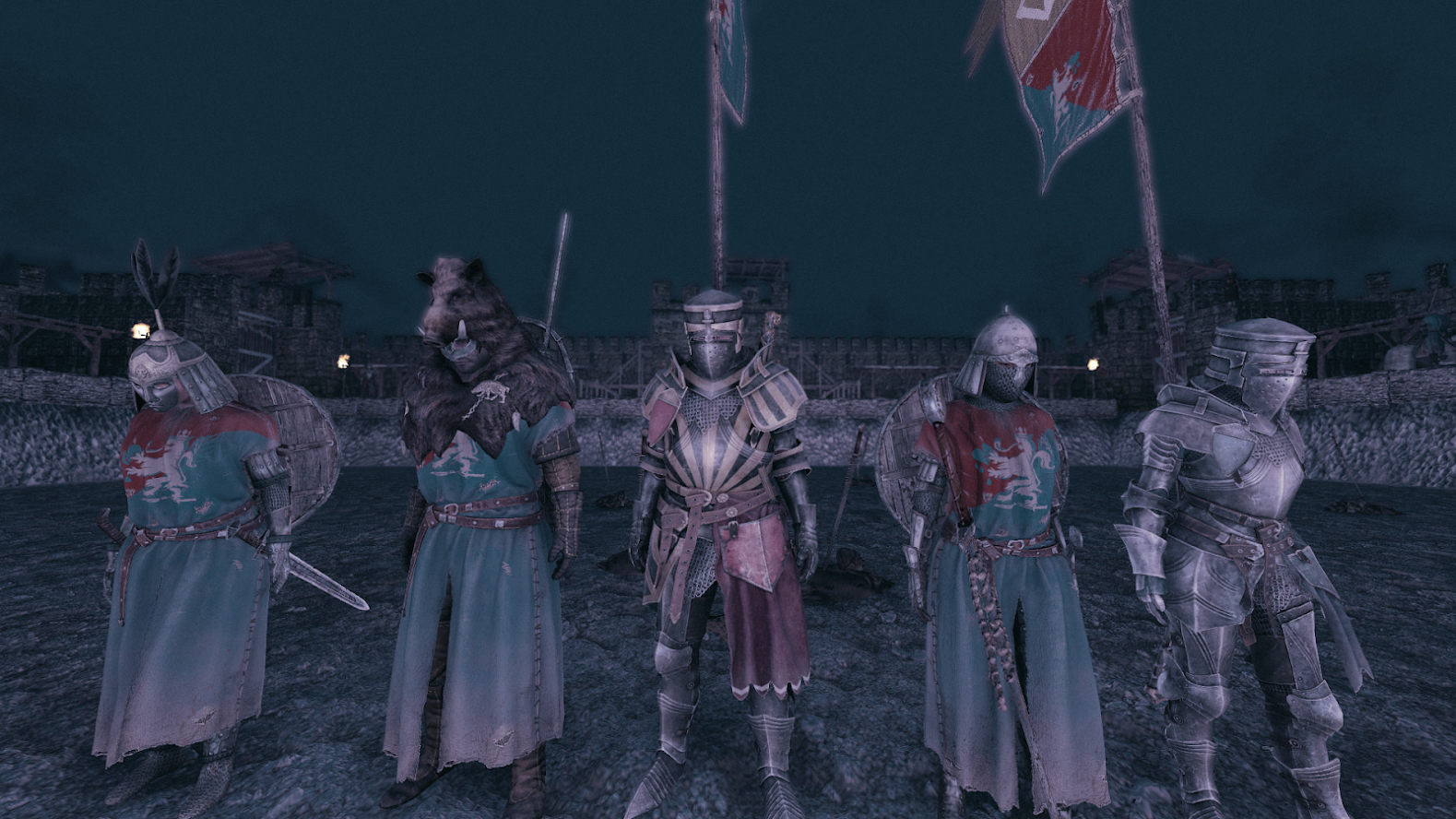 Attention, attention! It is rumored that a new tournament is being prepared at the Coliseum.
It is planned on 27-28th of July, and organizers are looking for heralds-volunteers who will be able to announce the tournament program in different languages during the event. If you can suggest any other help it also warmly welcomed. If you are interested - contact Greenfire#1594 or Moralitas#8153 and join the event server: https://discord.gg/tTPFJmR