Hello, Feudalists!
This week the work based on the community ideas and suggestions was continued. Our team is preparing a series of important tweaks and fixes that will be included in the next “Post-AMA” update that you can expect to be released next week. It will include fixes for accelerated abilities, durability tweaks of wooden walls, fixes for pigs’ pregnancy and quite fun bug of ability to move the outposts’ totem with the horse carts.

Also, the Stonecutter’s and Breeder’s Working Outfits will become available with the next week’s update. We know that skilled craftsmen are waiting with anticipation for these clothes, so in order to make the wait a bit easier, we are sharing their screenshots with you: 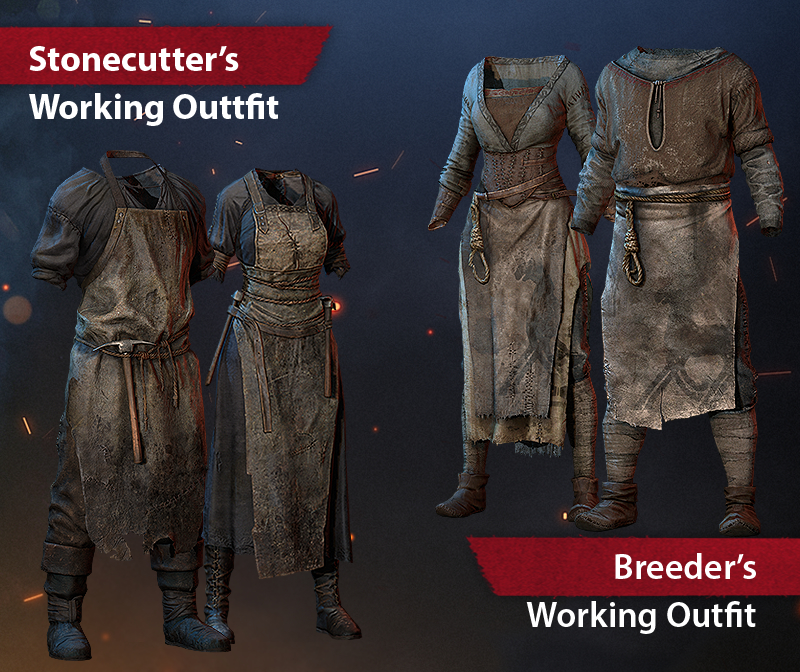 Another important direction of the team’s work this week was finding the solution for the issue with the lag-compensation. It is a rather complex problem, so finding the optimal formula here is a quite challenging task. We are very grateful to all players who sent us detailed reports and videos on the matter as that helped a lot in the investigation. If you also have encountered this issue and managed to record this but didn’t send the video to us yet, we would ask you to share it with any member of LiF Support team.

This week, we have prepared a number of changes that should improve the situation with lag-compensation and we invite all caring players to take part in the experiment!
From July 27 till August 03 fight on the Arena and share your thoughts of the lag-compensation tweaks we have made via this form. Please note that these lag-compensation changes are in the testing mode and available only on the Arena at the moment.
Thank you for helping us to improve Life is Feudal!

And now it’s time for a community spot!
We would like to start this week’s community spotlight with amazing news. With great thanks to Greenfire, Mirti and other members of event organizing team, we are excited to announce that new tournament will take place at the Coliseum this weekend! 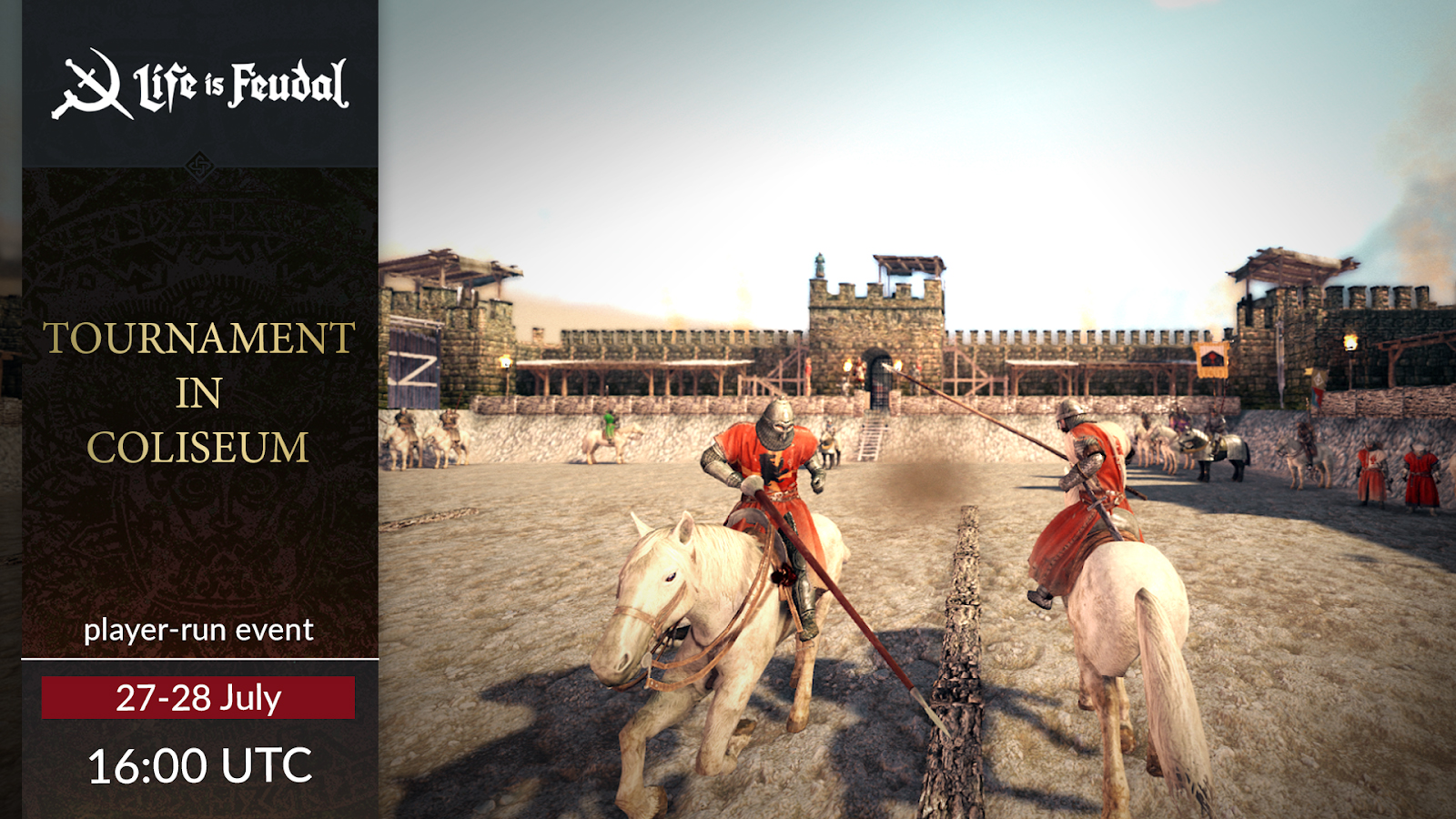 You can find details about the event here: https://www.facebook.com/lifeisfeudal/p ... =3&theater

We wish good luck to all the brave warriors!

But the feudal lords do more than only wage wars and conflicts with each other. They are also attracted by much more peaceful activities, such as diplomacy and mentoring. We often receive very colorful, creative and interesting recruitment announcements from the guild leaders and their advisers. Today, we would like to share one of the most striking examples of guild recruiting that were received this week.
Just look at this amazing recruitment video that BarBariaN's Guild has made: https://www.youtube.com/watch?v=GFRE5U4rtrI

So, if you like fun combat in large scale battles, you can apply directly using the BarBariaN's Guild Discord: https://discord.gg/QTwGqne

Our feudalists have a lot of different talents, and are skilled not only in filmmaking. For example, Malton and guys from the Bad Idea Guild showed totally different approach to the recruiting. They wrote long, interesting novel about Feudal life in their guild. Just take a cup of tea and follow the amazing story of adventures of Malton and his teammates in the Feudal world!
We translated a short quote, so non-russian speaking feudalists сould also enjoy the story

“
6 PM. Finally. Finally my hard workday was over. I said goodbye to my colleagues, and inhaling fresh evening breeze went to the car on a parking. Half an hour later, I was at home, waiting for loading of Life update on my computer. “Hurry up!” - thought I.
— Hey, Malton! - I heard, but in the general noise I did not understand who it was. People were running around the territory of a guild claim, dead horses were laying everywhere, wounded sat on the ground. Seeing my confused gaze, Doc nodded to me without interrupting treatment.
— All on the walls! Archers, fire!!! - guild leader growled roaringly.

Without a second's delay, I rushed to the southeast wall. Lifting the crossbow, I leaned out into the loophole and immediately recoiled. The arrow flew a few millimeters from my head. “Oh well, get it” flashed through my head and I randomly fired a crossbow at a passing rider. I hit him successfully, blood spurted from his head and the rider fell. "One is done!". I didn’t have time to rejoice when an arrow flew right into my chest. Hurriedly hiding, I began to reload the crossbow, simultaneously trying to assess the situation. Suddenly, I noticed some movement behind the house on the west side...
” 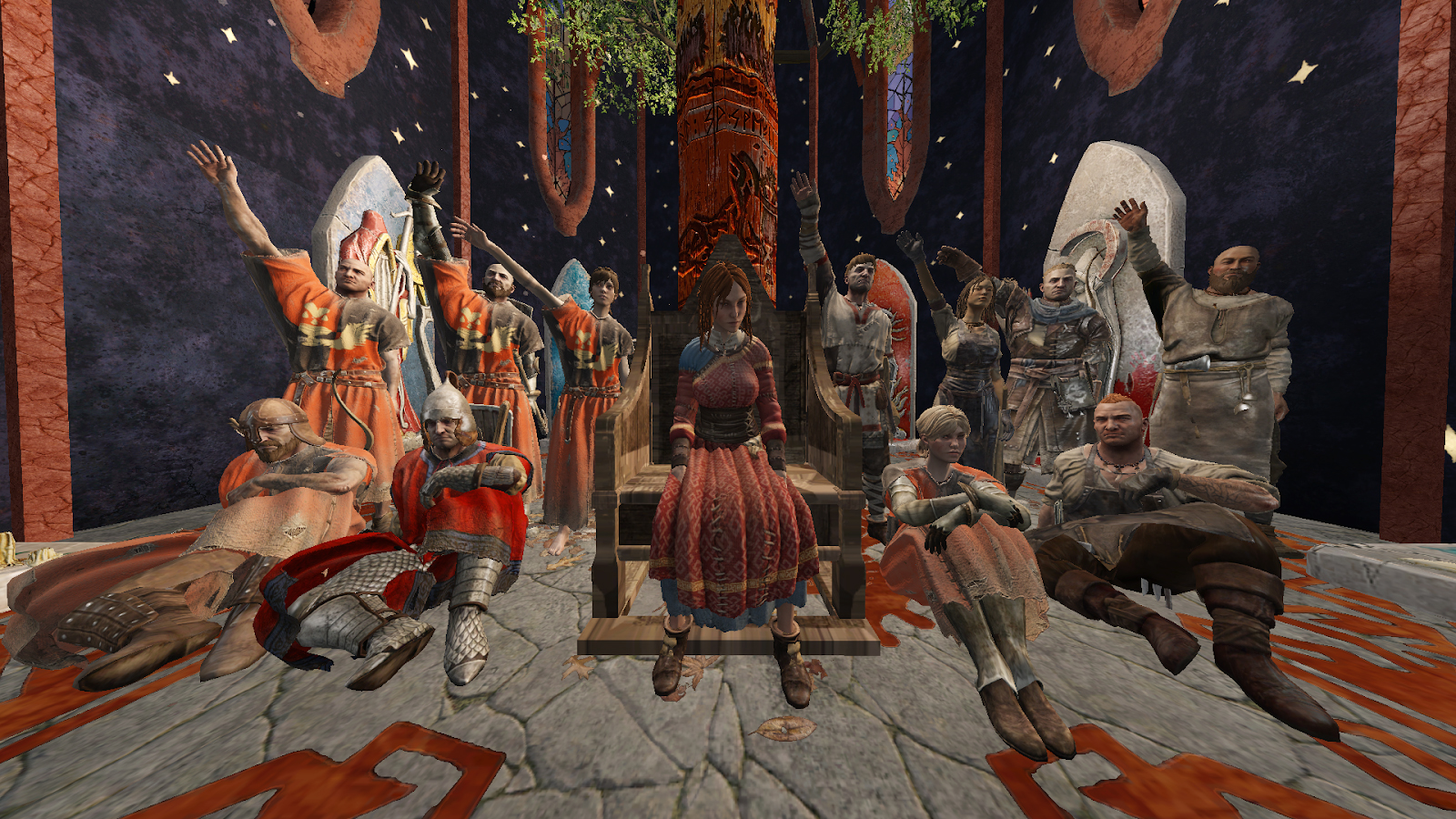 The novel is still ongoing, so you can follow the thread on our forum to stay tuned to the amazing adventures of Malton and his brave guildmates! You can find the full version of novel here [RU]: https://lifeisfeudal.com/forum/topic-t49447/, or just contact author in the Bad Idea guild Discord: https://discord.gg/duKkRM4. 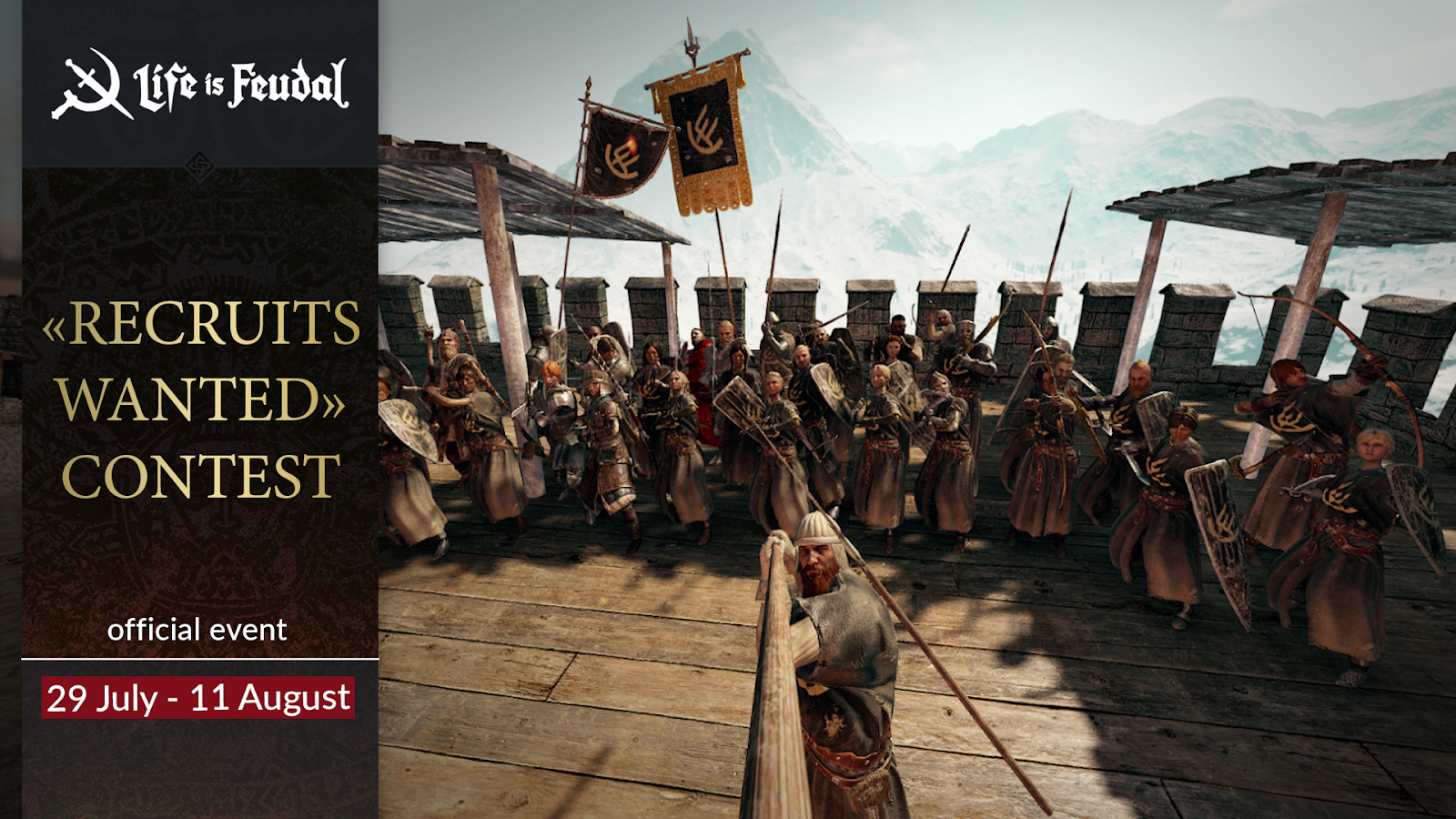 And how do you promote your guild and make recruitment announcements? From July 29 till August 11 “Recruiters wanted” competition will be held — a competition for the guild with the most creative recruitment. Interested? We will uncover all the details at the beginning of the next week!

And finally, in order to improve your mood before the wonderful feudal weekend, we want to share another drive remix of the LIF music, which was created by the already known to you electric bard Yarthos: https://soundcloud.com/yarthos/life-is- ... by-yarthos
[rimg]

Re: Development News #165 — Tournament at the Coliseum and more!