Development News #61 - ‘Time to Assemble on the Battlefield draws closer!’ 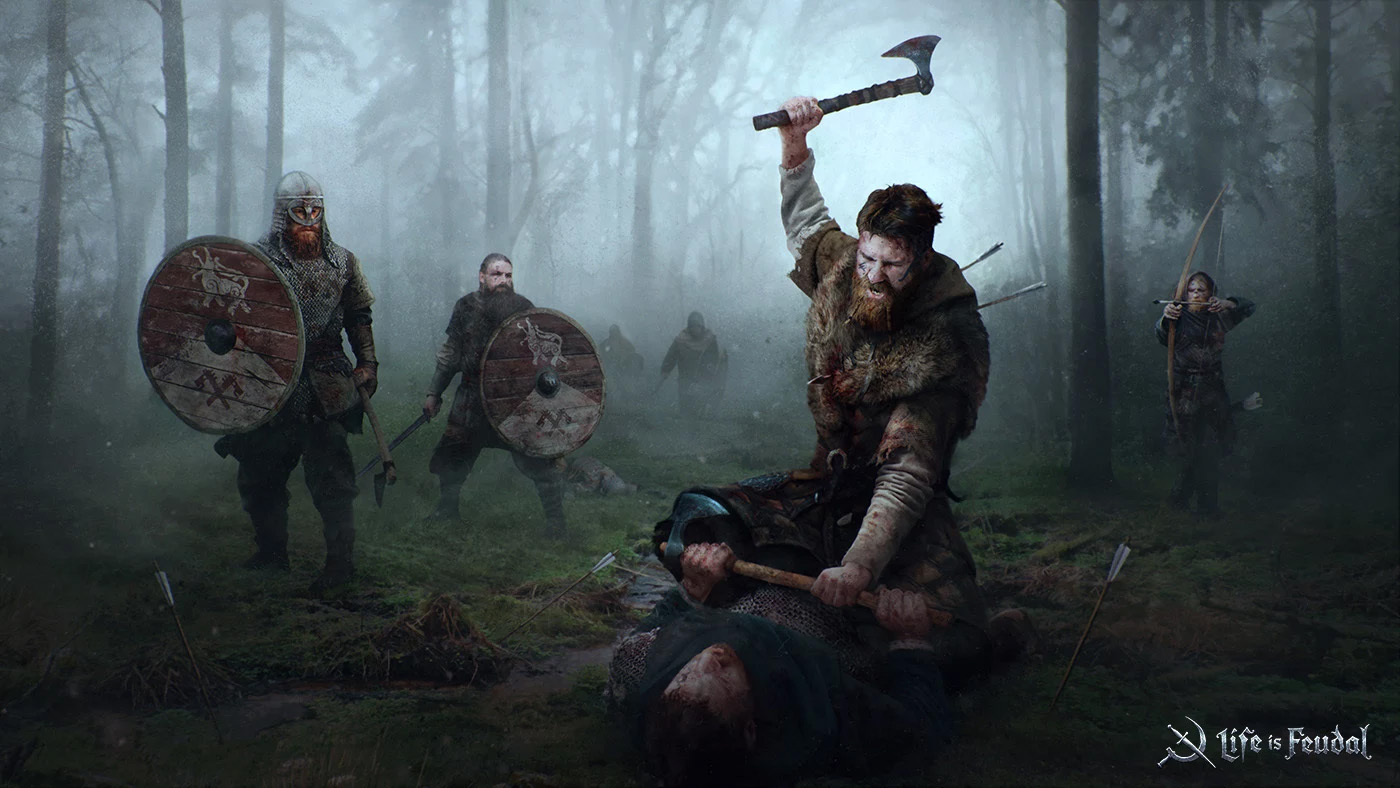 We have decided to prolong this Closed Beta Test Run #4 until Monday, July 24th, 2017. We have planned a separate test session of the Battle System for next weekend (July 28-30).

We would like you to get acquainted with the Battle System mechanics in its test state, to prepare yourselves for the next weekend!

The Battle System is designed as a designated place to settle issues between guilds, as the most convenient way for both the players and the game server infrastructure.

The leader of the attacking guild must come on to the defending guild's claim and set the Battle Totem there. It is necessary for both guilds to have at least a tier 2 monument (Fine Monument) and to be at war.

If the battle is successfully declared, the parties begin to form lists of participants. This time (for this CBT wave), we have set a 1 hour timeframe to gather your troops. After this preparation time, the battle will begin. In the future, the battle will start in the evening (19:00—22:00 UTC) on the next real-time day after the battle was declared.

To take part in the upcoming battle, you need to be properly enrolled in the list of your guild monument. The leader of the guild must confirm the participants from that list for them to take part in the battle.

Before the battle begins, the sides will be balanced numerically, so that the number of soldiers from one side will not exceed 3 times the number of the other side.

At the start of the battle, you will receive a message to confirm participation in the battle. After accepting the invitation, you will be moved to the Battleground along with the equipment and items in your inventory. Refusal of the invitation will be considered desertion!

After moving to the Battleground, you will be given 5 minutes to load and form up. At this time, you can not move further than 50 meters away from the spawn point. After that, you will have 10 minutes to exercise your tactics and clash with the enemy before the central point on the map is activated. You have to capture this point to win.

To capture the point, you need to be in the capture zone for 5 minutes. Alternative ways to achieve the victory are complete elimination or desertion of the enemy team. If the fight lasts longer than 1 hour, then it will end and the defenders will win.

Equipment and all items from the inventory of defeated warriors will be moved to the Battle Totem, located at the capture point on the battlefield. Winners will be able to collect all the contents of the Totem and after that will leave the battlefield.

The radius of the guild's claim of the losing side will be reduced by 3 to 5 tiles, depending on the level of the monument (7 - Monument level). The losing side will not be able to issue new battle challenges for the next 3 real days (this will be turned off for the CBT wave).