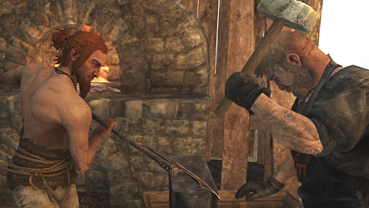 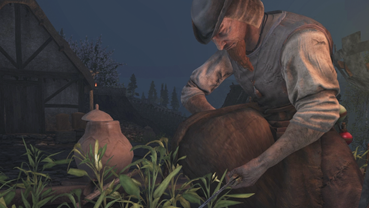 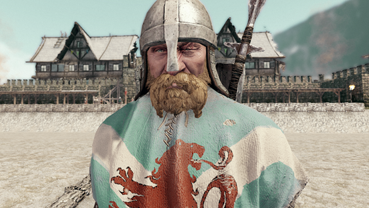 Hello, Feudalists!
Although we don’t have an update this week, the dev team did not sit idly. Indeed, we keep  working hard to improve and develop the quality of life in the feudal world. We are currently focused on several important fixed and tweaks, that you may expect for being released in the upcoming updates. Our foremost task right now is refining and improving clarity and convenience of user interfaces related to the domestic animals breeding. Besides that  the team is working on fixing important issues with guilds’ diplomatic standings being reset. Also, we are currently solving a problem with targeting objects in certain areas of outposts.

This week we also investigated and analyzed the results of the lag compensation tweaks that we have introduced recently in the experimental mode on Arena. We want to thank everyone who took part in the testing of those improvements. We’ve gathered a lot of very valuable feedback, and now we’re working on the new iteration of the lag compensation tweaks. We want to say special thanks to player Tombo who recorded and sent us an invaluable material from the tests he performed. We are planning to launch new testing experiment when the next batch of lag compensation tweaks will be ready. Stay tuned for the news, and thank you for helping us in making Life is Feudal better! 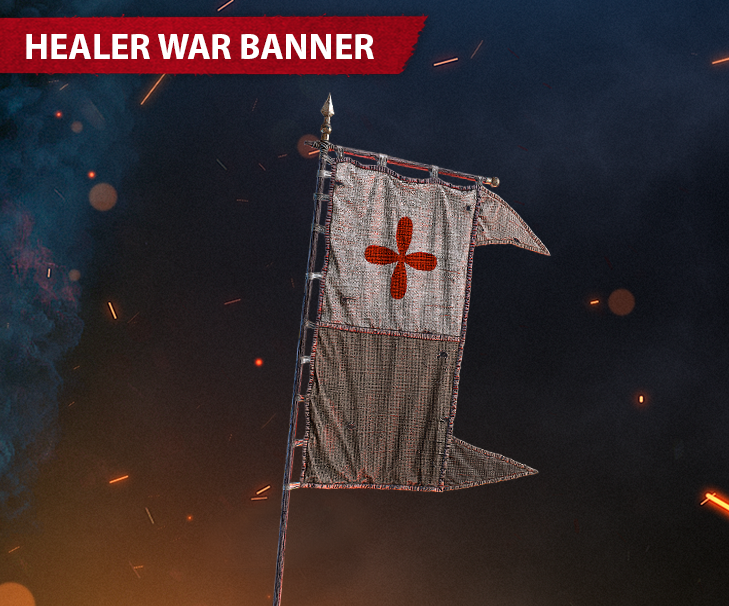 According to your requests, our artists are working on the Healer War Banner skin. With this standard the healers will be more visible on the battlefield, this in turn will help save a lot of lives during the tough guild battles! Let us share the first screens with you ( above). 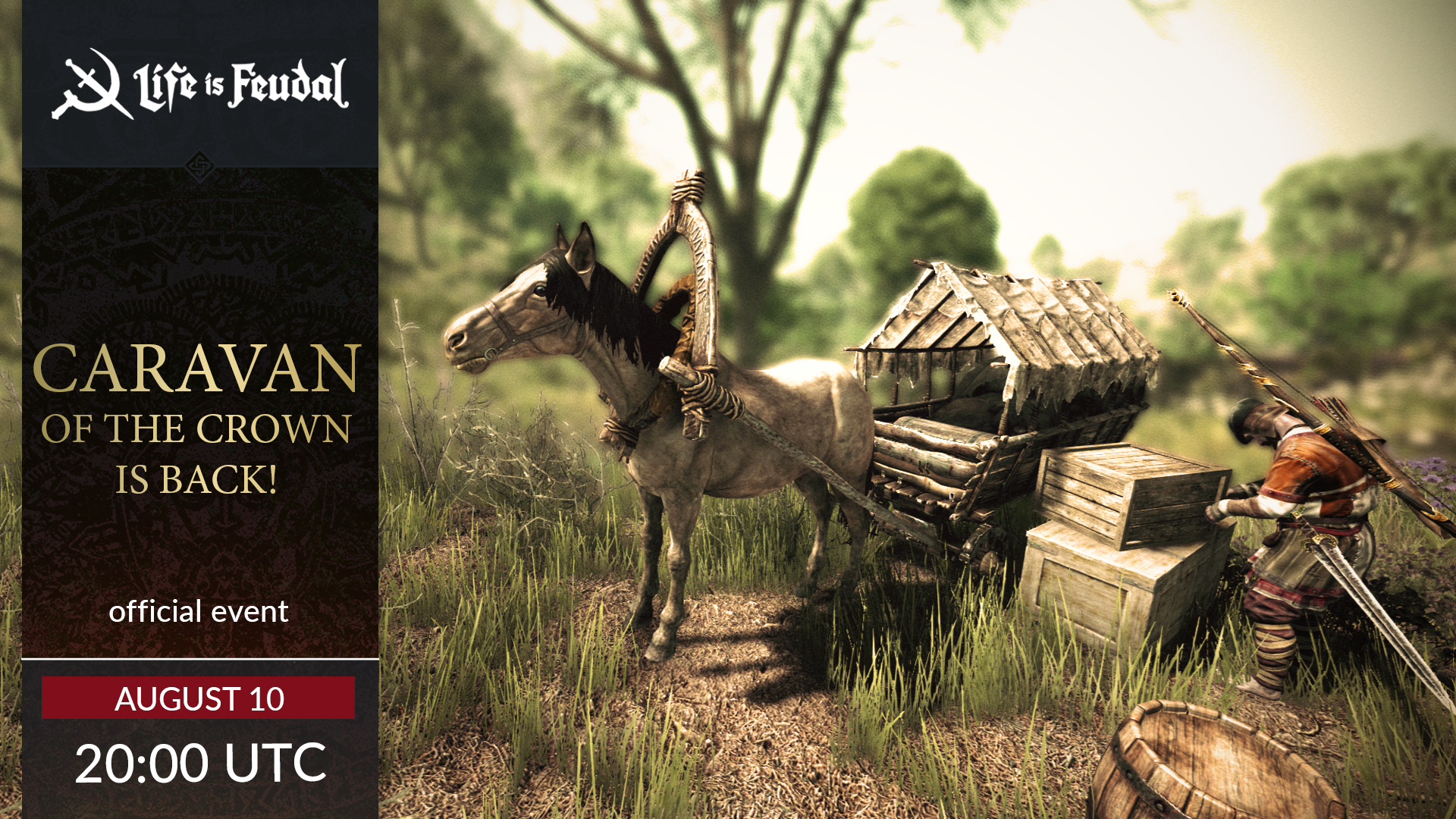 Hear, hear, good people! This week we want to give new opportunity for all the glorious warriors and adventure seekers. We are happy to announce that the Caravan of the Crown will ride through Abella lands once again this weekend! Сrown organizing a fun rural fair in at the camp near the Protectorate. The celebration will begin on Saturday, August 10, 20:30 UTC. Take your friends, come to the fair to drink a glass of beer and take part in the fair activities! Guests are expected at the indicated time according to the following coordinates at the border of servers 58 and 70: 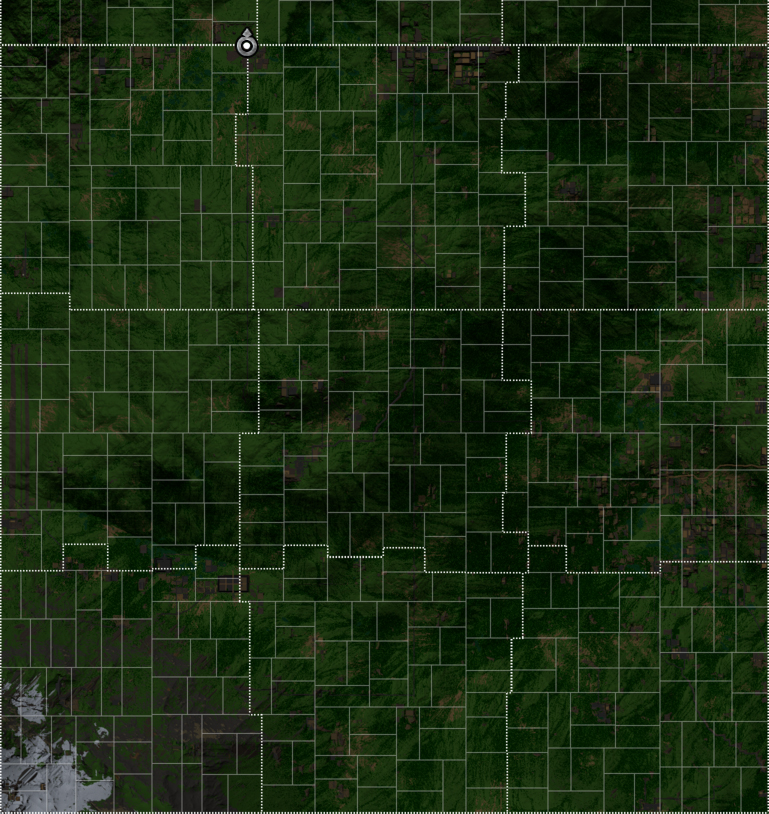 According to rumors, Caravan Master have prepared  the  following tasks and challenges for the visitors of the Fair:


Guard of the Caravan

Caravan and its Master have a long and not so easy route to cover, as the Crown ordered to deliver a valuable cargo of beer to a rural Fair. Unfortunately, in the dark and dense forests of Abella great number of wild animals have appeared. Worse than that, the Knools are rampaging, and marauding bandits often walk on the dusty path along where the caravan route lies. Therefore, Caravan Master is looking for brave and skilled warriors who will serve as guards, protecting the wagon from the dangers along the way and will help deliver booze to the fair! Worthy rewards guaranteed!

If you are brave enough to take this order, search for the Crown Wagon at the 20:00 UTC August 10 at the place indicated on the map in server 58. 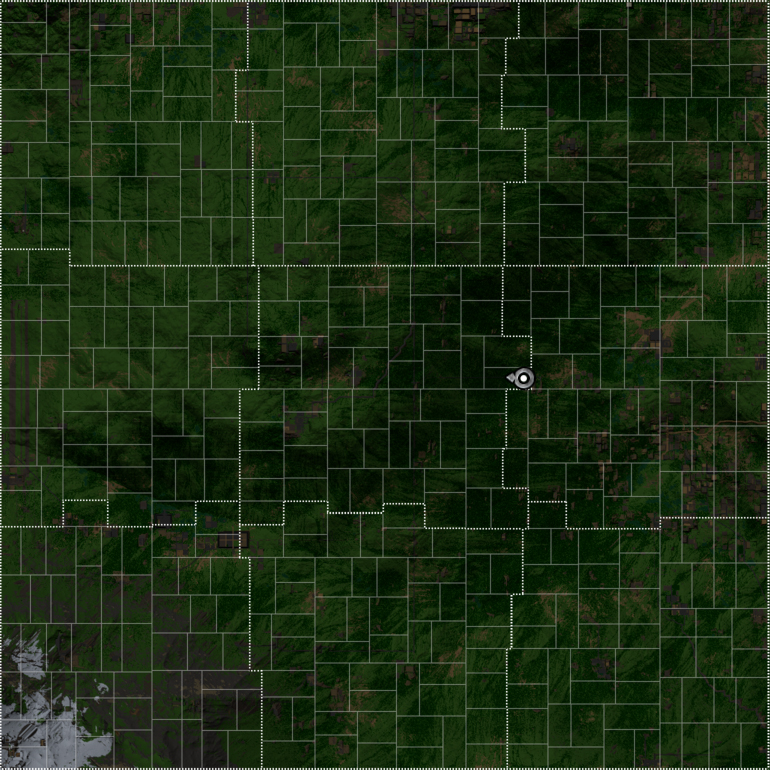 In order to entertain honest people, amusing fights on training weapons were announced at the fair. Rural fellows and noble sirs will have to show their boldness in fierce battles on a wooden log. The reward will find the worthy champion. May the strongest - and most agile - win!

The Master of the Caravan invites kind people to exercise not only in the art of combat, but also to demonstrate their thrift and creativity. The conditions of the competition are simple: contestants will have 15 minutes and an unlimited amount of materials for weaving bark boxes. The author of the most original art object will receive a valuable prize and the title of the best rural designer of the fair!

And so that the sages and alchemists do not get bored at our village fair, we invite them to take part in a quiz on knowledge of the history and culture of Abella. Show off your sharp and brilliant mind and win the fight for a main prize. According to rumors, the prize is very worthwhile. The Caravan Master has a scroll containing the Knools’ secrets, but he is ready to give it only to someone wise and knowledgeable!


And now it’s time for a community spot!
First of all, we remind you that until August 12 you have an opportunity to take part in the competition for the most creative guild recruitment announcement and compete for the main prize - a decorator's kit pack for “Sanctum of the Sleeper”. We have already received several very bright, cool and creative recruitment announcements. Contest is still going on, so we won't uncover them for now, but you still have a chance to join the party and beat them all! We wish good luck to all participants! Hurry to check out the details!

Also, right now we are working on the new Wiki contributors program and invite everyone to take part in it. We will announce the details of the program in the next devblog, but all interested can already contact Catherine #3714 for more details!

And finally, we want to share the wonderful landscapes of Abella: 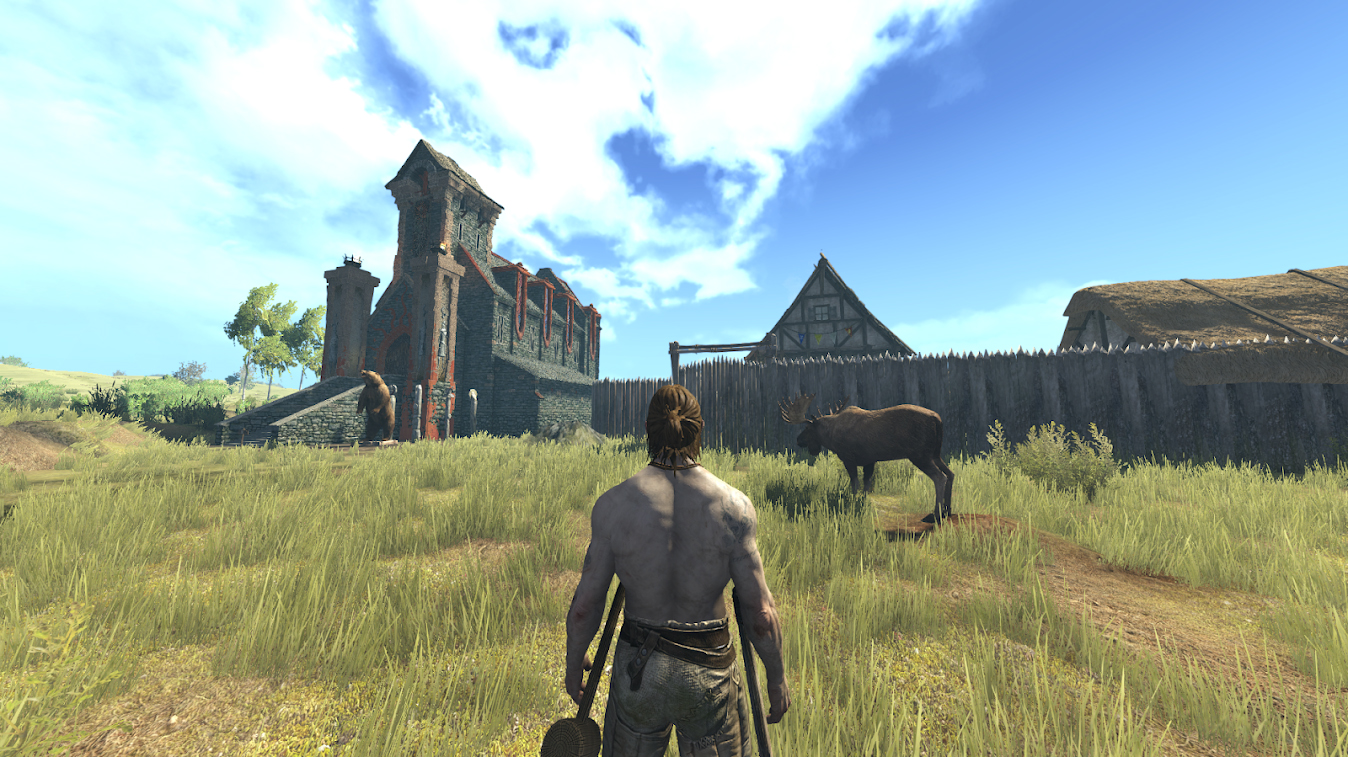 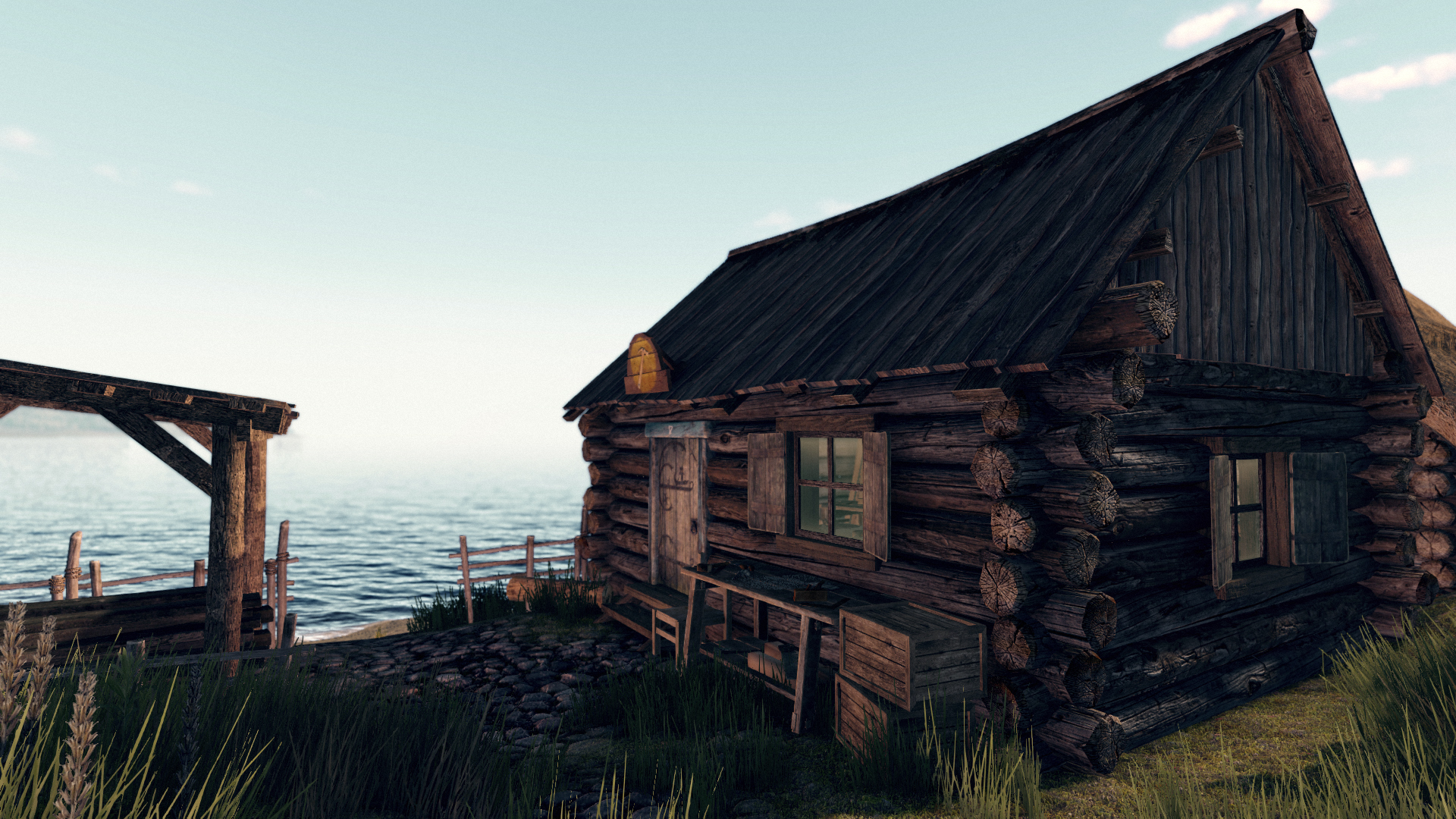