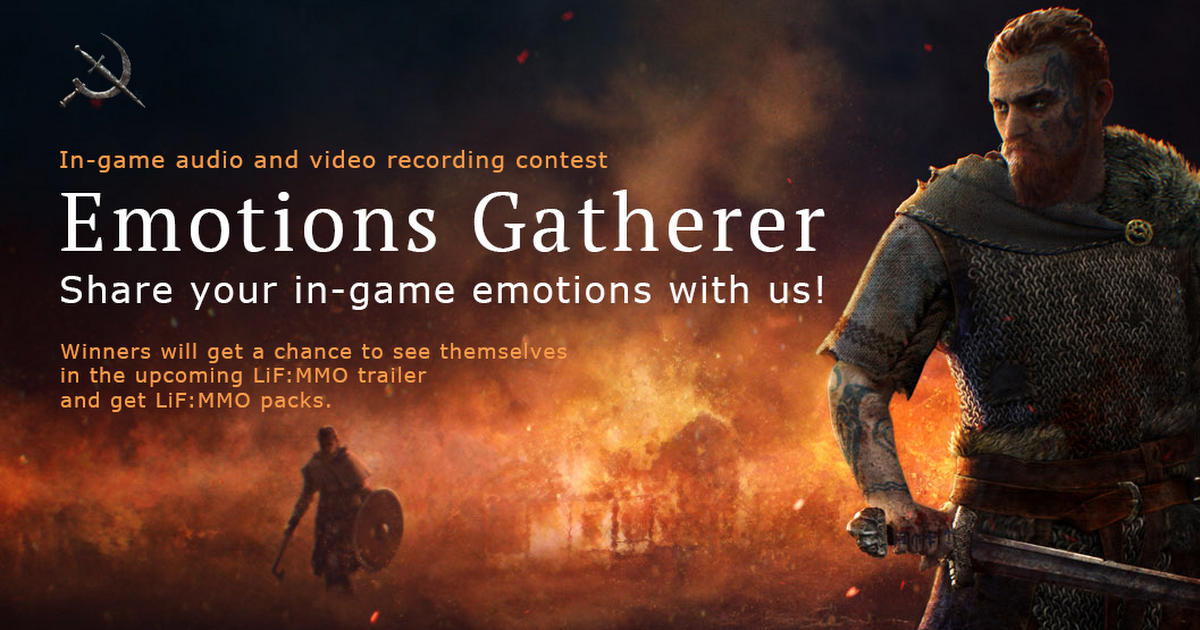 Today we would like to announce a surprise contest: ‘Emotions Gatherer!’

Share your emotions and reactions of playing Life is feudal with us!

Record the most vivid moments of you or your guild playing LiF. This may be someone's bright reaction to a gameplay moment, a part of an awesome RP event your guild has conducted, or perhaps someone's epic quarrel, an adorable newbie, in-game wedding, angry fight, commander's pre-battle briefing - anything showing an in-game event and players’ reactions.

We aren’t just gathering emotions that are only wild admiration, hysterics or loud shouts - calm situations are also cool if they are interesting.

Also, the emotions may not necessarily be positive; what we are looking for is genuine, real and not staged footage to truly capture the essence of the immersive and unforgiving world of Life is Feudal.

Winners will get a chance to see themselves in the upcoming LiF:MMO trailer and get LiF:MMO packs.

We will pick our five favourite recordings and give the authors a LiF:MMO Zealous Believer (play.lifeisfeudal.com) pack each. Additionally, we will give away five True Believer's packs for runners up.

Send the recording in any common audio format (from TeamSpeak, Ventrilo and so on) or the combination of video and sound (streams, recordings) to contest@lifeisfeudal.com before May 16 2017. The complete contest rules are available here: https://goo.gl/9Nysco

We will determine the winners and give away the prizes later in May.
If you have any questions - just leave a comment.

P.S. Due to your timely reports, we were able to fix the database update problems and related object construction in today's (1.3.0.3.) patch. Thanks for the prompt feedback!
GMs and server administrators, if you still have any problems after the last patch please contact the tech support.