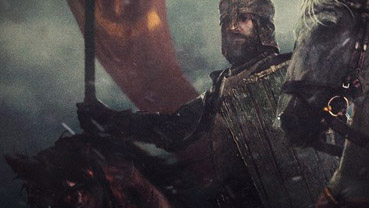 This week we’ve released another patch, one of the main features of which is preventing building ridiculously long sleeping bag bridges on claims where you’re not supposed to be dropping movable items. We’ve also toughened Outposts, so that players will actually fight for the ownership instead of one-sapper-charge guerilla griefing. You can read the detailed patch notes here.

We’ve also received a bunch of feedback on YO update - thank you so much for that. Some of you have been wondering how to change world color after the update. Here’s some small instructions on how to do that. If you have any additional questions about the YO update, or need a guide on something, please let us know - we’re always happy to help!

Another thing that we would like to share with you in this week’s dev news is a bit more info about our lag compensation mechanism, how it works, and how it may help you in battle.

First of all, we want to remind you that we're using the authoritative server architecture, which means that all important calculations are made on the server side only. This renders the most serious hacks impossible for cheaters/hackers to use, such as speedhack, teleport, fly, no clip, instakill and other serious hacks that you might have seen in other games. This also means that, in order for a player to hit someone, they have to compensate their latency by aiming their attacks ahead of the enemy. Pro players have mastered these tactics, but it creates an inconsistent picture, where you can score the hit while swinging the air in front of your enemy or missing your attacks when swinging right at the back of an enemy running away from you.

In order to minimize, or completely remove such an effect, we've recently implemented a lag compensation mechanism. Basically, it keeps a couple of ‘shades’ of players in the world, a kind of trace of the player movements in the space over a period of time. When an attacker swings at their victim, our server checks the ping of the attacker and instead of checking the current position of the victim, the server picks one of the shades of the victim; the shade of the initial position of the victim when the attacker made their swing. As a result, the attacker will see a proper hit in the victim’s model, which makes the game look more adequate. You must still predict player movements when swinging and shooting since arrows, as an example, do not fly with instant and consistent speed.
We want also to inform you that we still limit the maximum ping that is compensated. Thus terribly lagging players or those who are artificially lagging themselves will not gain an advantage of such a system.

Let us know how the lag compensation mechanism helped you in game, we are looking forward to your feedback.