Hey, Feudalists!
In the recent update we have tweaked the costs of guild claims’ upkeep, cutting them nearly in half. This change makes the maintenance of your guild claims much easier now, especially if you are a small, still growing guild. There were also other tweaks and fixes for certain old issues.

With that update, we have also returned the updated list of game world rules that is now, once again, visible when you are traveling from starting island to Godenland. It includes very important notes on the forbidden and bannable activities that are simply called exploits; attacking through walls, jumping over enemy walls using non-siege objects. These rules are also listed here. Rest assured that in time the ability to perform such activities will be properly, mechanically blocked, as we are working on that, but until that happens, it’s considered a bannable exploit and we urge you to avoid doing those things. Thank you for your understanding, and please make sure to report such behavior to our support team.

Now, we would like to share with you a bit on what we are currently working on and what can you expect in upcoming updates. Among these things are long-awaited fixes for the market issues that you folks have been struggling with for far too long. There’s also coming new, very much requested a feature, which is the ability to manually collapse the mine. You will no longer be forced to wait days until the decay kicks in. And the third important thing that we are about to implement soon is a system that will remove the heavily abused ability to cancel outpost claiming from nearby buildings, through the windows, etc.

We would like to thank you all once again for staying in touch with us, sharing your thoughts and amazing ideas. You folks help us make this game better and more fun for everyone, the spice your feedback must flow, so do not hesitate, as we are always happy to hear you out. Gonna keep going onwards and upwards!

And it’s time for the Community Spotlight!
Today, the Crown Herald brought us splendid news: a few guilds united at Godenland and put aside their differences, to build the most gigantic and ambitious building that has ever been seen on Abella - the Coliseum. There they plan to hold the 1st Feudal Olympic Games, when the construction will be finished. The structure will have a gigantic fighting arena 18x28 tiles in size, big enough to make team fights up to 15vs15 melee or jousting, and even probably big enough to host horse races like hippodrome!

You can see a blueprint of the Coliseum below: 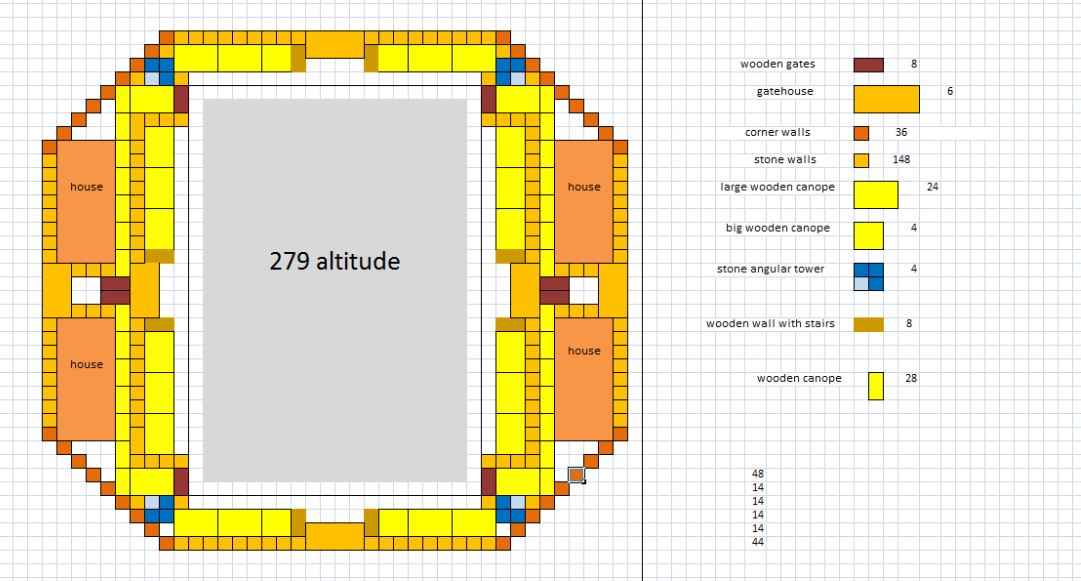 Everyone is invited to participate in grand construction of  Olympic Coliseum.
Join the Godenland Olympics event server in Discord: https://discord.gg/ASTRrZG

Life Is Feudal team is happy to say that we will support the event.
Place of construction is located in srv 43 at the claim “Godenland Colliseum”. Anyone interested in joining the construction should give a shout to the main coordinator, Fireskye#4515 (EN).
Construction work has already begun and once it’s completed, the guild claim will be replaced with neutral admin claim.

If you have any other amazing ideas of events that may be organized in LiF - let us know, we will be happy to support your guild! (Catherine Chudinova#3714 are waiting for your ideas)